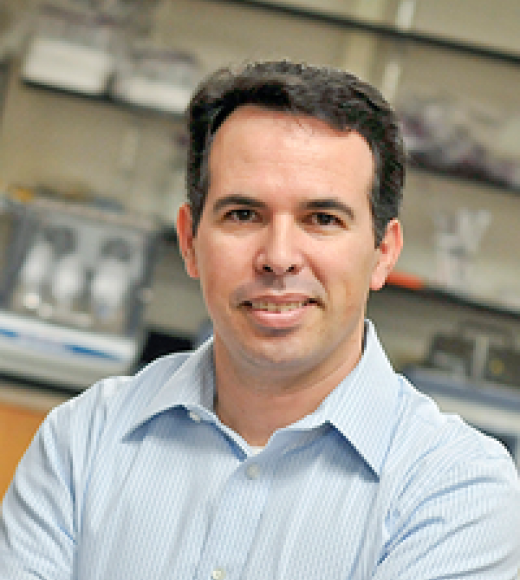 Rodrigues, an associate professor in the Department of Land, Air and Water Resources, specializes in soil microbiology. Rodrigues completed a dual Ph.D. in crop and soil sciences and in environmental toxicology at Michigan State University. He worked at the University of Sao Paulo and the University of Texas before joining the UC Davis faculty in 2014. His research interests are: microbial ecology, tropical forests, land use change, biodiversity, metagenomics, metaproteomics, ecological genomics, lignocellulose conversion, microbial physiology. Research in the Rodrigues laboratory focuses on quantifying the taxonomic and genomic diversities of microbes in soil, and how the microbe population varies when there are changes in the way the land is used. This is of particular importance for California agriculture, where soil use has been intensified to meet world food demand. It also has an impact on tropical forests, which are considered “hotspots” for biodiversity and the last frontier for agriculture.

The Amazon Forest is the largest terrestrial ecosystem on Earth, yet the least understood regarding its microbial diversity. The shift from tropical forest to agriculture is the largest land use change going on around the world and is expected to cause ecosystem level changes that will threaten biodiversity and modify the earth's biogeochemical cycles. By understanding and measuring microbial diversity, humans can develop better models to predict the consequences of alterations and mitigate risks of biodiversity losses. Research in microbial biodiversity will contribute to a new wave of biotechnological products from tropical systems: new antibiotics, cancer fighting drugs, and industrial enzymes. Studying these microbes also has important implications for sustainable development, agriculture, and biotechnology. Dr. Rodrigues’ current projects are: microbial diversity of tropical forest soils under land use change, effects of climate change on biological nitrogen fixation in agricultural soils, isolation and characterization of new lignocellulose degradation enzymes, and e cological genomics of termite hindgut microorganisms.